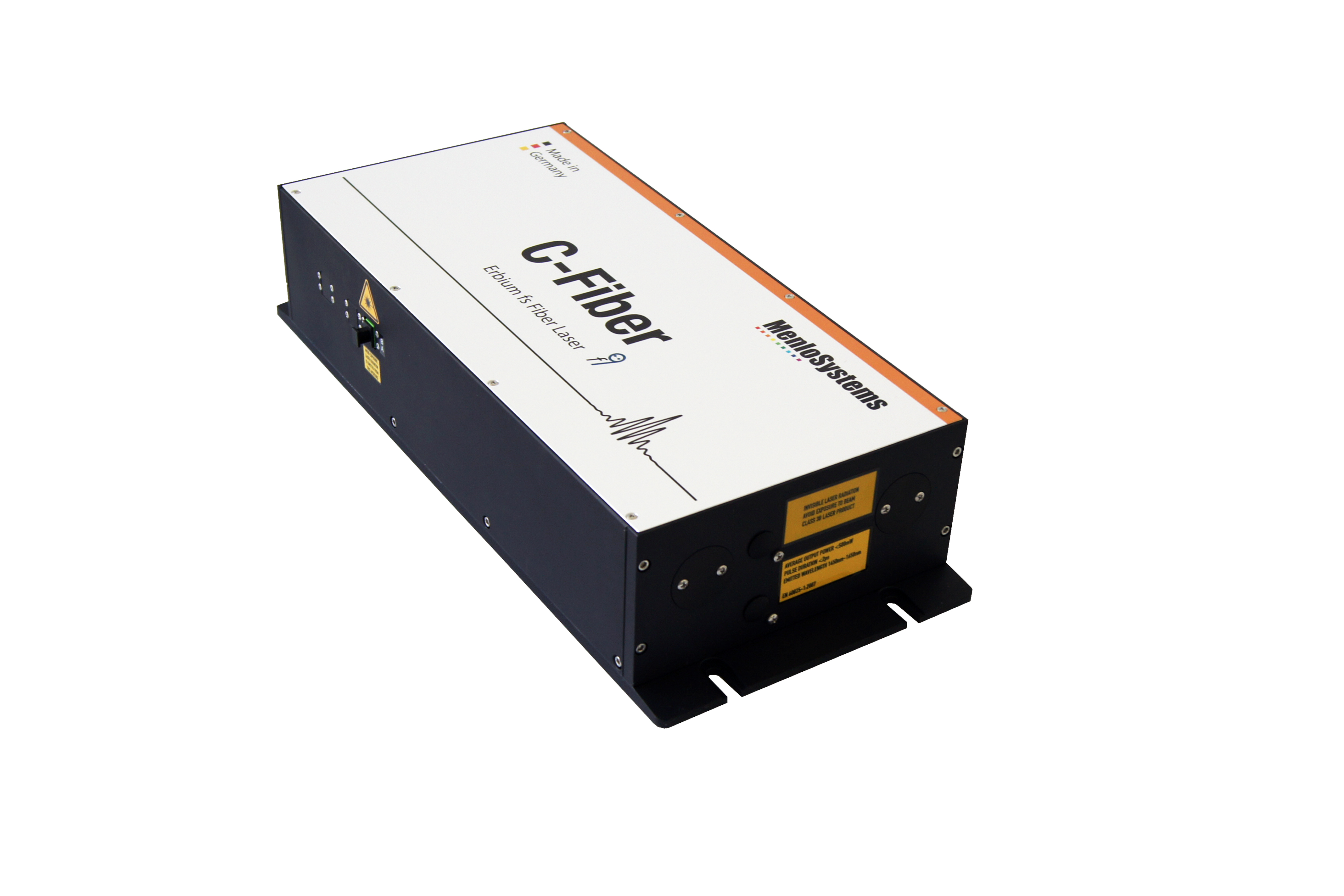 The Search for Molecular Fingerprints

Researchers in the Laboratory for Attosecond Physics use the C-Fiber erbium femtosecond laser produced by Menlo Systems as the basis for an innovative form of molecular spectroscopy.

When broadband infrared radiation interacts with molecules, only very specific wavelengths are absorbed. Indeed, the absorption spectra obtained are specific for each particular molecular species. For this reason, they are often referred to as ‘molecular fingerprints’. Thus the spectra of biological samples are as unique as the donor’s fingerprints. Moreover, they can provide information about one’s state of health. The hard part is finding analytical methods that are sensitive enough to read out the complex messages that such a spectrum contains. For many potential applications, this is not yet possible, largely owing to the low intensity and inadequate coherence of the available broadband infrared sources. Scientists in the Laboratory for Attosecond Physics (LAP), which is run jointly by the Max Planck Institute for Quantum Optics (MPQ) and the Ludwig-Maximilian University (LMU) in Munich, have now developed a laser system that brings them a step closer to the precise readout of complex molecular fingerprints. The frequency-comb technology that won the Nobel Prize for Physics in 2005 is a vital component of the new laser system – and was supplied by Menlo Systems.

In the Laboratory for Attosecond Physics (Director: Prof. Ferenc Krausz), a joint venture between the Max Planck Institute for Quantum Optics (MPQ) and LMU Munich, novel spectroscopic methods are being developed specifically to detect molecular indicators of disease in biological samples. The human body produces an enormous variety of molecules. Metabolic reactions in cells are constantly generating chemical compounds, many of which are released into the bloodstream. The precise composition of the resulting mixture of molecules is individually specific, and reflects each person’s state of health. For example, malignant cells that give rise to cancers may also produce highly characteristic molecules, and when these appear in the circulation they signal the presence of a tumor. The problem is that such indicator molecules are found in very small amounts in the blood. This makes them difficult to detect – and to provide the basis for a reliable diagnosis they must be quantified. 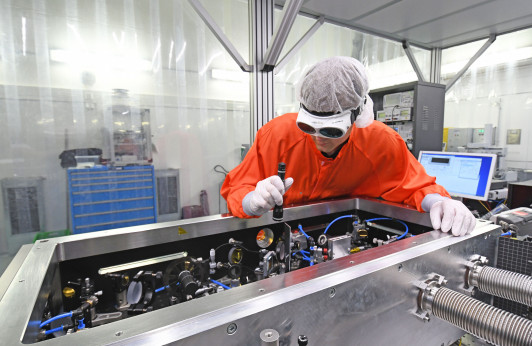 Powerful sources of broadband infrared light are an essential tool in the quest for disease-specific molecular fingerprints. This is the only way in which the signatures of biological molecules that are present in exceedingly low concentrations can be detected with sufficient specificity. Scientists led by LAP Group Leader Dr. Ioachim Pupeza have now developed a laser system that emits trains of extremely short pulses of light over the entire molecular fingerprint region of the infrared spectrum. The extremely short laser pulses excite vibrations in the molecules, causing them in turn to emit light at characteristic wavelengths. Each particular molecular species vibrates at a single frequency and therefore makes a specific contribution to the total signal. This is also true of molecules that originate from tumor cells.

“With our laser, we can now cover the whole set of infrared wavelengths required for the excitation of molecules,” says Ioachim Pupeza. “This region extends from wavelengths of 2 to beyond 18 micrometers.” The new laser, which fits comfortably into a standard university laboratory, emits pulses lasting for a few tens of femtoseconds (a femtosecond lasts for one millionth of a billionth of a second). Each of the ultrashort pulses consists of only a few oscillations of the optical field. Nevertheless, the system attains a higher spectral brilliance (i.e., photon density) than the third-generation synchrotrons with which particularly challenging molecular spectroscopic measurements on biological samples have so far been carried out. In addition, the radiation is coherent in both time and space. The high power/photon density translates into high sensitivity, so that molecular species present in very small concentrations can be detected. Furthermore, the new system can be used to analyze much thicker samples than before.

That the physicists at LAP were able to achieve such a degree of spatial and temporal coherence is a testimony to the quality of their laser source. The team used a frequency shifted C-Fiber erbium femtosecond laser produced by Menlo Systems as their seed laser. This instrument emits pulses at a wavelength of 1965 nanometers with a repetition rate of 50 MHz. “We used this frequency-comb laser as our source, increased the optical power by means of a thulium-doped fiber amplifier, and finally broadened the wavelength spectrum in three channels with different nonlinearities. In addition to spatial coherence, the optical output we obtain exhibits a very good level of coherence in the time domain,” Pupeza explains.

Based on ultrashort-pulse laser technology, the innovative molecular spectroscopic approach developed by the physicists at the LAP offers a new route to non-invasive diagnostic methods, particularly for early-stage cancers. The method could also be used as a simple screening test. Other possible fields of application, apart from biology and medicine, include environmental monitoring, quality control and basic research.