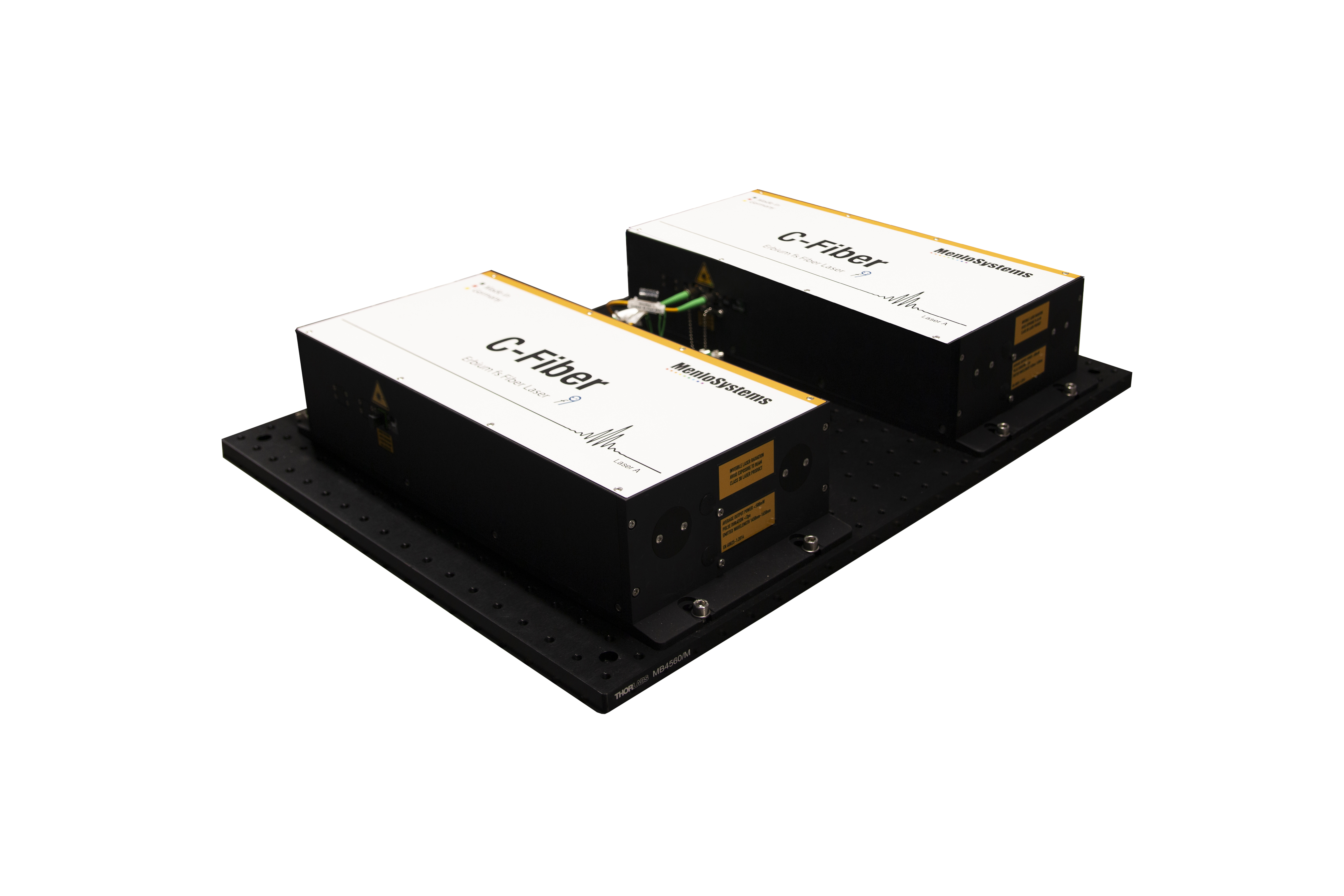 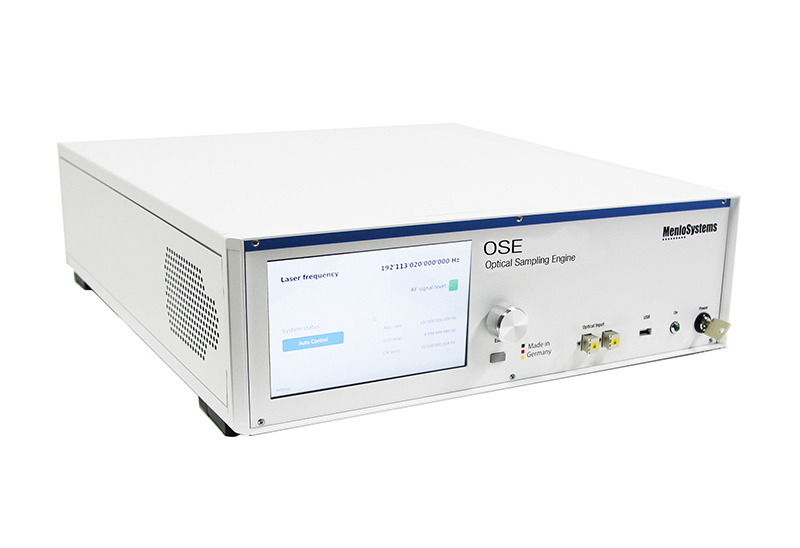 Next-generation pressure sensors based on graphene and complex oxides are now under development. Prof. Peter Steeneken and his group at the Technical University in Delft are investigating their practical applicability. The team is using technology from Menlo Systems to assess the quality of these micro-electromechanical components.

Virtually all smart electronics in production nowadays are equipped with a pressure sensor. In order to reliably register even the smallest differences in pressure, the membrane cavities in these microsensors must be hermetically sealed. This demands very high production standards, since the membranes employed must adhere tightly to the cavity. Next-generation pressure sensors based on free-standing complex oxides are now under development. As demonstrated by a team led by Dr. Gerard Verbiest and Prof. Peter Steeneken in the Department of Precision and Microsystems Engineering at the Technical University of Delft, these devices outperform currently available sensors based on silicon with respect to sensitivity. Using a simple annealing method, they improved the quality of the substrate-complex oxide membrane sealing, allowing an enhanced responsivity of the pressure sensor. To quantify this factor, they made use of laser-induced ultrasound pulses. The laser pulses required for this purpose were generated by the ASOPS system manufactured by Menlo Systems. 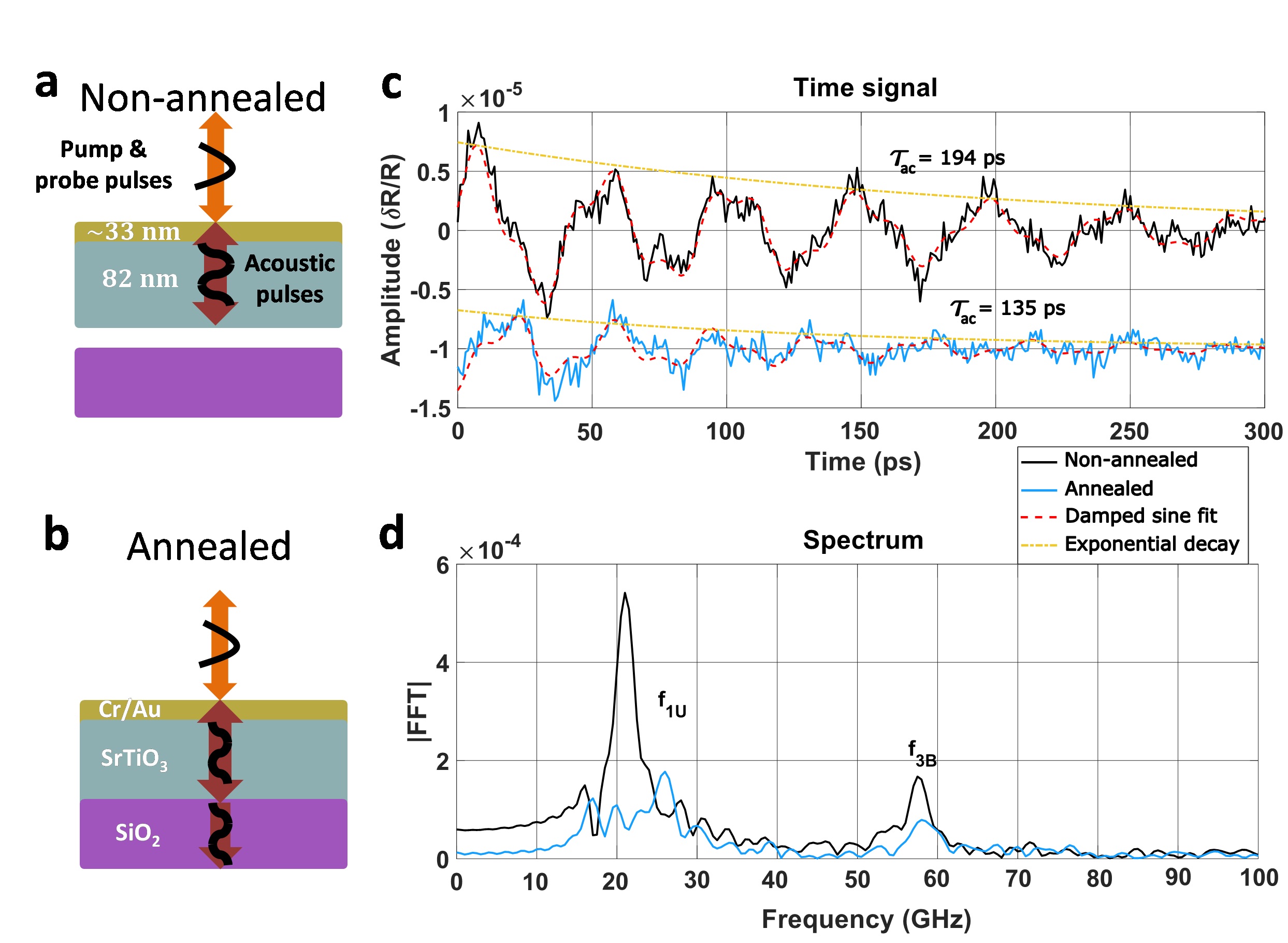 Pressure sensors are everywhere. Hidden in our electronic devices, such as smartphones and watches, they provide us with a wealth of information. They tell us how many steps we take up and down the stairs over the course of a day and what altitude we reached on that mountain hike. Miniaturized pressure sensors also find many applications in industrial settings.

Most of the current models are made of silicon, but researchers have now turned their attention to graphene as a potentially more versatile material. Graphene is flexible, extremely stable and has a high tensile strength. Together with its impermeability to gases, these features explain why it is increasingly regarded as an ideal basis for the next generation of pressure sensors.

Today’s micro-electromechanical pressure sensors have dimensions on the order of a few millimeters. The sensor itself essentially consists of a silicon cavity that is sealed by an overlying silicon membrane. Pressure differences between its inner and outer surfaces result in deformation of the membrane. This alters the electrical capacitance between the membrane and the cavity. Measurement of this parameter enables the difference in pressure to be quantified.

Membranes made of graphene promise to render silicon-based systems obsolete, and researchers are hard at work on such devices. The team at the TU Delft is currently investigating aspects of the fabrication of graphene-based pressure sensors, with a view to optimizing their performance. “Our group has already shown that, in terms of sensitivity, graphene-based pressure sensors are superior to the best silicon-based ones,” says the lead author, Dr. Martin Lee.

Although graphene has the potential to replace silicon in next-generation pressure sensors, studies have revealed that imperfect adhesion of the membrane to the substrate allows gases to leak into the cavity. Graphene belongs to the class of “van der Waals” materials, which have a highly stable atomic structure. This makes it very difficult to introduce chemical modifications into the material. For example, extreme conditions are required to create chemical bonds between neighboring layers of graphene. If one isolates a single layer of such a two-dimensional material, its interactions with a new substrate will again be mediated by the van der Waals force. Since this force is intrinsically very weak, and the interlayer gap is of the order of a nanometer wide, gas molecules can diffuse into the cavity along the membrane-substrate interface. “This sort of leak in graphene-based pressure sensors is very difficult to prevent,” says Lee.

However, free-standing single crystals of complex perovskite oxides offer a possible solution, and are therefore attractive as potential replacements of graphene in next-generation pressure sensors. They have about the same thickness as single-layer graphene, and exhibit a similar degree of flexibility and strength. In addition, their van der Waals gap can be easily annealed away to form additional bonds at the substrate-complex oxide interface unlike graphene, as Lee and his colleagues have now demonstrated experimentally. In fact, the oxide layers are self-sealing, and thus prevent the leakage of gas into the reference cavity, which would otherwise falsify the pressure readings.

The team tested the quality of the seal with the aid of Menlo’s Asynchronous Optical Sampling (ASOPS) system. This technique makes use of a femtosecond pulse pump-probe laser system to generate and detect acoustic pulses at ultrasonic frequencies in the GHz range. These acoustic waves enable one to characterize structures at length scales on the order of ~100 nm. When they impinge upon the membrane-substrate interface, their properties are altered in specific ways. The ability to detect these waves and determine how they behave at the interface allows the quality of the seal to be assessed.

ASOPS employs two lasers, which emit pulses at slightly different rates, such that the magnitude of the offset increases with each pulse pair. The temporal offset between the repetition rates is tightly controlled by an electronic synchronization circuit. The pulses emitted by the leading laser (the pump) stimulate the sample, while those fired by the second source probe the resulting dynamics. This experimental design therefore permits one to characterize the quality of the membrane-substrate contact.

Enrico Dardanis, an ASOPS specialist at Menlo Systems, explains how the technique works: “In laser-based ultrasound experiments, the stimulating light pulse results in thermal expansion of the sample. This gives rise to an ultrasonic wave that is reflected from the boundaries of the sample. The analysis of the acoustic echoes allows one to draw inferences regarding the nature of the interface. In this case, an attenuated echo points to an increase in the adhesion between the two boundary layers.”

“The test procedure based on short laser pulses demonstrated that free-standing complex oxides are very well suited for self-sealing of the membranes in pressure sensors,” says the ultrasonics specialist Martin Robin. “We were able to seal the reference cavity by means of a simple thermal annealing step,” says Lee. The technique demonstrates an alternative route to realize the next-generation pressure sensors instead of graphene and ensures that the data they provide are reliable. Martin Lee is now certain “that free-standing complex oxides constitute a promising platform for the next generation of pressure sensors.”