On October 22, 2020, we have inaugurated the new Menlo headquarters at Bunsenstraße 5 in Martinsried! The building offers twice the floor space of the previous location - newly renovated according to the specific needs of a laser manufacturer.

Our focus from the beginning was to have only minimum downtime for every single production line. With a record high order book we did not allow for more than the absolutely required time for stand-still. The Menlo team took it as challenge to stop the time from when a production line was halted until when the line was up and running again in Bunsenstraße.

Taking the Optical Frequency Comb production line as example, the count commenced with stopping the assembly of modules and systems, packing the unfished goods and material in stock, dismantling and packing the whole infrastructure including in house Optical Frequency Comb reference systems, helping the movers to make sure things are getting in the trucks in the right order and right manner, doing the actual transfer, and it ended doing all steps in reverse order to have the line up and running again, plus expanding the line by multiple workstations and functionalities. The goal was to have less than 72 hours downtime for every line – for most of the lines we succeeded; for some others we came in only slightly late.

“I have moved Menlo several times over the last 18 years. It always worked out fine. This time, I was nervous by the sheer size of the project. Covid-19 hanging like the Sword of Damocles over our heads, did not really calm me down. For sure, it worked out again and the hard work of the whole team paid off” says Michael Mei, CEO of Menlo Systems.

Richard Zeltner, lead person of the logistics of the move says “I never had any doubts and was convinced that we will be back and operational in short time. The team did a careful planning, combined with the DNA of the company being capable to deal with complex projects, nothing could have gone wrong. And nothing did.”

In the new headquarters Menlo Systems has the capability for future growth and being there for our customers. – Precision in photonics. Together we shape light. 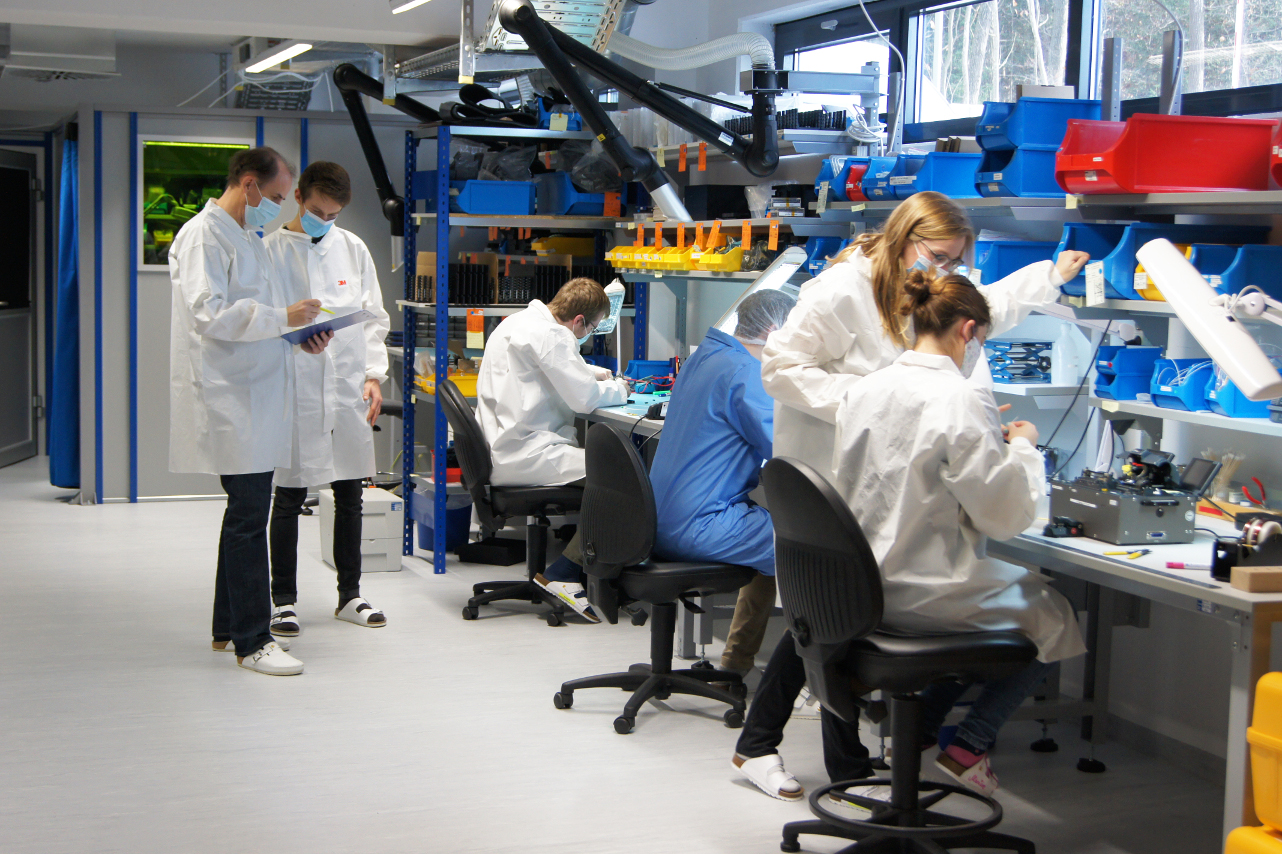