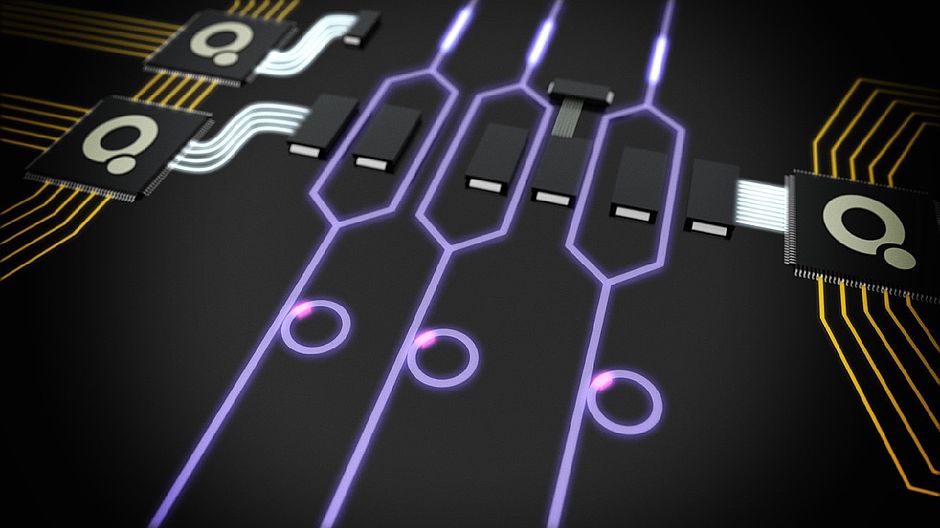 This past year has been a bumper year for R&D projects at Menlo! Since December 2021 alone, we’ve kicked off three major projects relating to quantum computing. With several different consortia formed of universities, research institutes, start-ups, and established companies, we are taking a leading role in global efforts to translate novel quantum mechanical phenomena into industry-ready marketable technologies. Here, we are spotlighting project PhoQuant – a 50 M€ mission to develop a scalable photonic quantum computer.

Photonics technologies are key enablers for the quantum world, particularly for quantum computing, where the long coherence times, low cross-talk, and ambient temperature operation afforded by photons are highly advantageous for quantum computation. Project PhoQuant encompasses the development of integrated quantum optical technologies that are compact and highly scalable. Menlo’s role in the project involves the development of low-noise ultrashort pulse fiber lasers, as well as interferometric path-length stabilization schemes for the qubit paths in the quantum computer setup.

By the end of the project, a photonic quantum computer with up to 100 qubits will be developed that can demonstrate quantum advantage for industry-relevant applications. The highly integrated approach to the design of the PhoQuant quantum computer will allow for rapid further development, scaling beyond 100 qubits after project end.