Menlo Systems at the IRMMW-THz 2017 in Cancún, Mexico

The 42nd international conference on Infrared, Millimeter, and THz waves opened the doors from August 28 to September 1 in Cancún, Mexico, this year. With 440 participants, as many presentations, and large exhibition area, the event is considered as the annual meeting of the community, including researchers and system suppliers. Menlo presented their latest generation of their TERA K15 time-domain THz spectrometer to the audience who greatly contributed to the friendly and eager atmosphere throughout the entire event. As it is a tradition during the IRMMW-THz, this year’s conference excursion led to the ancient Mayan ruins of Tulum, a must being in Cancún. 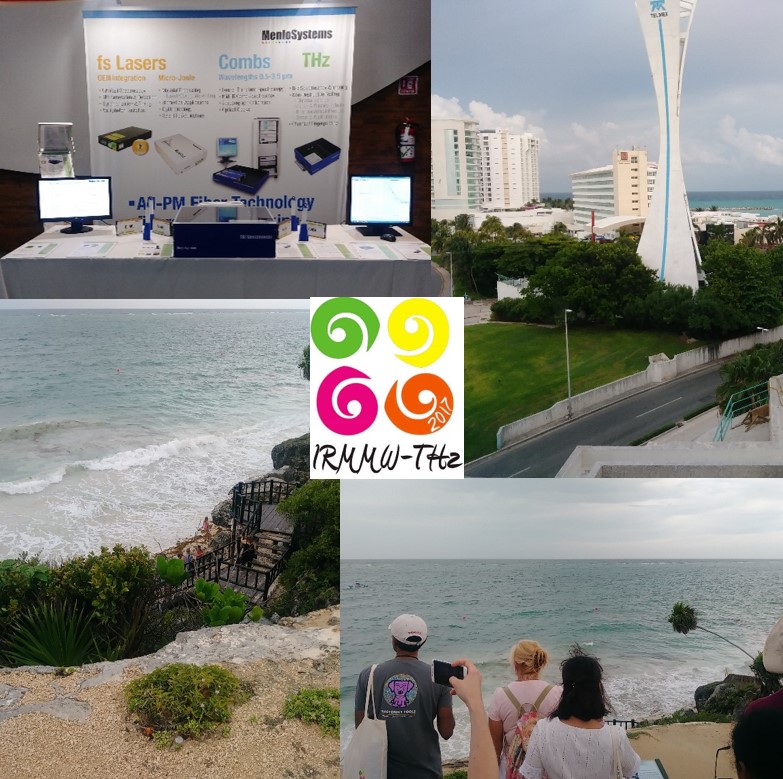