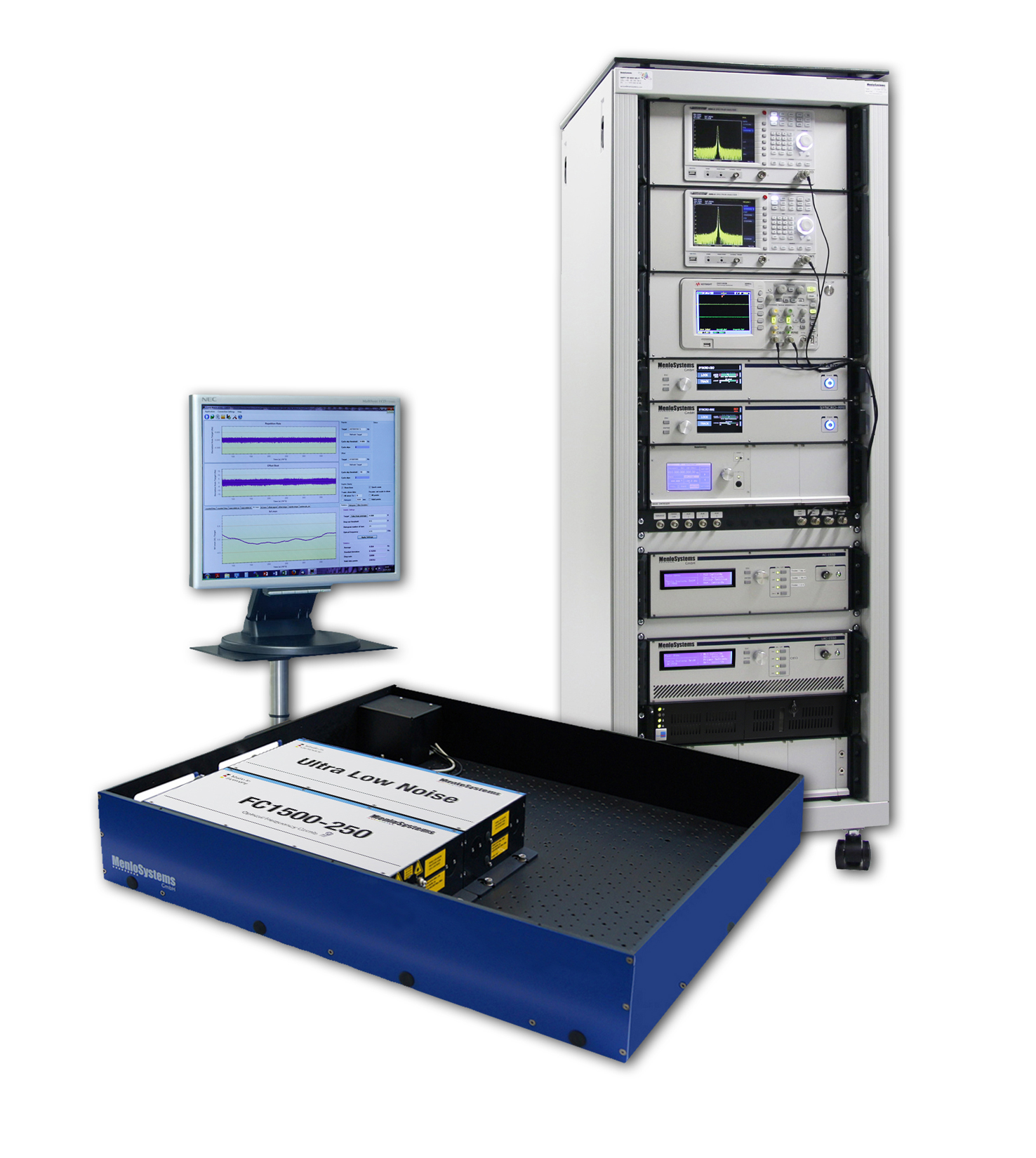 A Frequency Comb for Finer Distinctions

The canine sense of smell is uniquely acute: the olfactory epithelia in dogs can sense some molecules at concentrations less than 1 parts per trillion. To attain the same level of sensitivity, we humans need technology. Using laser light, minuscule collections of molecules in ambient air can be measured with ever increasing precision. The latest advance in this area comes from a team of physicists in the Institute for Photonics and Advanced Sensing (IPAS) at the University of Adelaide in Australia. They have developed a new laser system, the core of which is a frequency comb from the Menlo range.

The Australian team coupled Menlo’s FC1500-250-WG frequency comb to new type of optical spectrometer (a device that can split light into its constituent colors) to allow them to make exquisitely sensitive measurements. The team start with a laser that is exceedingly frequency stable – this has been locked to a spectral optical cavity that is kept in a temperature-controlled and vibration- and acoustically-shielded environment. They then lock one of the frequency comb’s modes to this stable laser so that they are able to generate pure and stable light over the desired spectral range (ie. color range) of 1565 and 1590 nanometers. The Menlo frequency comb emits 12,000 laser signals in this range at a number of discrete, evenly spaced frequencies/wavelengths (i.e. color). Such a high-definition reference scale makes it possible to measure frequencies/wavelengths with a precision of 10-13. This is equivalent to the degree of accuracy provided by the cesium-based atomic clocks that now serve as universal timing standards. Hence, Menlo’s frequency comb serves as an ideal tool for the analysis of substances in the gaseous state. 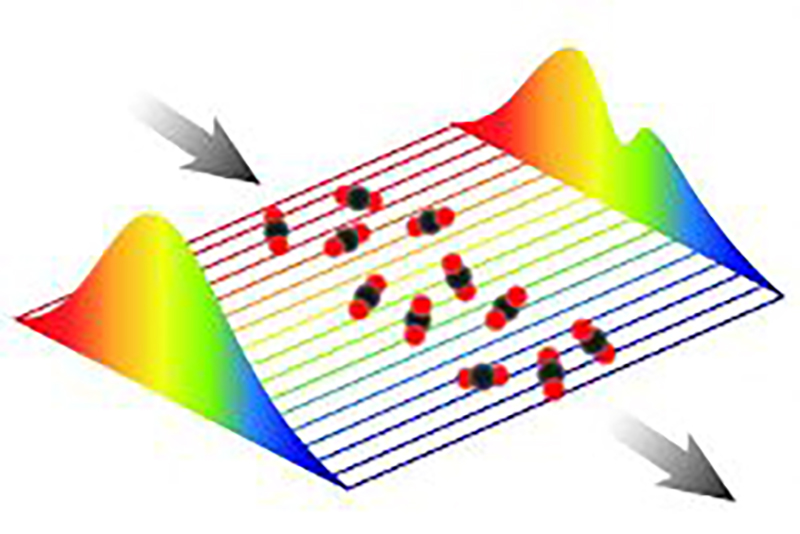 To demonstrate this capability, the researchers chose carbon dioxide (12C16O2) as their test gas. The frequency comb output was directed over a 6 meter free-space path inside a container into which the CO2 had been loaded. Now, every molecular species absorbs light at specific wavelengths, which depend on its energy level structure. As a result, after passage through the sample, the spectral composition of the transmitted light will differ specifically from that of the input at the wavelengths absorbed by the test substance. The transmitted light is directed into the special spectrometer, called a Virtually Imaged Phased Array (VIPA), which allowed the researchers to measure the intensity of every one of the frequency comb modes. The resulting spectral analysis thus provides a characteristic ‘fingerprint’ of the molecular content of the sample. It tells one what molecules, and how many of each sort, were present in the analyzed sample. The measurements carried out with the new analytical set-up, which were performed in real time, confirmed the extraordinarily high precision afforded by the new system. Within a time window of less than a second, the team was able to determine the concentration of CO2 molecules with an accuracy of 1% – and this can be greatly improved by extending the measurement times. Furthermore, the team were able to estimate the temperature of the gas based on the specifics of the spectrum.

“This technique would be ideal for environmental monitoring or for the analysis of industrially produced gases,” says Dr. Michael Mei, Menlo’s Managing Director. The Australian group now plans to examine the air exhaled by a person. This is a far more complicated task than the detection of carbon dioxide. Molecules present in exhaled air can serve as telltale signs of disease states, such as cancer. Such potential biomarkers are expected to be present in minuscule amounts. But in principle they could provide a practical, uncomplicated and non-invasive way of detecting cancers at a far earlier stage than currently available diagnostic approaches.