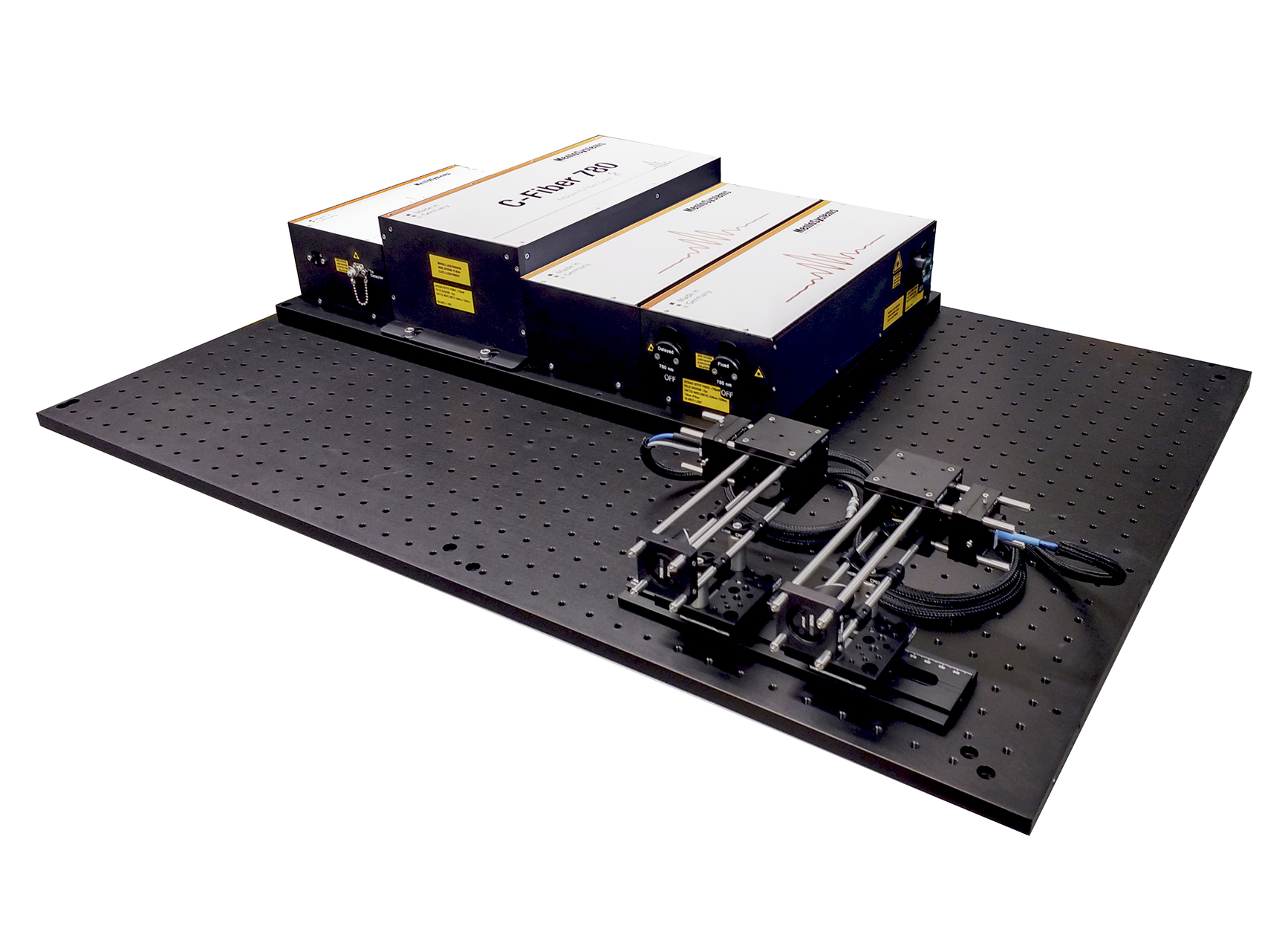 Chemically speaking, glycerol can be regarded as an all-rounder. As a sugar alcohol, which is primarily obtained from plant materials, the compound finds application in many sectors of industry such as food production, cosmetics and pharmacology, and also serves as a moistening agent. It inhibits evaporation by disrupting the hydrogen-bonding interactions between water molecules, and in so doing alters the thermodynamic and structural properties of water itself. Scientists led by Dr. Musahid Ahmed at the Lawrence Berkeley National Laboratory in California have now used X-ray, infrared, and terahertz (THz) spectroscopy to elucidate this process in detail. The study made use of the TERA K15 fiber-coupled terahertz spectrometer designed and built by Menlo Systems, a versatile instrument that meets all the challenges of fast broadband THz spectroscopy.

When the apothecary and chemist Carl Wilhelm Scheele first isolated the sugar alcohol now known as glycerol (or glycerine) by saponification from olive oil in 1779, he could not have imagined the long-term significance of his discovery. The compound is now an essential resource for the chemical and pharmaceutical industries, and has become an indispensable ingredient in a wide range of products that are part and parcel of our daily lives. Moreover, its industrial potential is by no means exhausted. Crucially, the addition of glycerol to water inhibits evaporation. In a recent study, Dr. Musahid Ahmed and his colleagues at the Lawrence Berkeley National Laboratory in Berkeley, California, set out to determine the basis for this effect.

Figure: The formation of hydrogen bonds depends on the concentration of the water-glycerol-mixture.

“We have analyzed on the microscopic scale what happens to the aqueous network of hydrogen bonds normally present in water when glycerol is added,” Musahid Ahmed explains. Hydrogen bonds are attractive forces that ensue when a bound, electropositive hydrogen atom in one molecule interacts with a strongly electronegative atom in another. “A better understanding of the phase changes that take place in hydrogen-bonded solid-state systems at the molecular level is vital, not only from the point of view of thermodynamics, but also for the production of pharmaceuticals,” he adds.

In their experiments, his research group used a range of methods including infrared, X-ray, and terahertz spectroscopy to analyze aqueous solutions containing different concentrations of glycerol, as well as aerosols produced with the aid of an atomizer. Exposure of the aerosols to X-rays gives rise to the emission of photoelectrons, and the research team characterized their energy distribution. The resulting spectra provide information relating to the binding energies of the hydrogen bonds, which are characteristic for the diverse chemical environments from which the photoelectrons were derived.

In addition, the scientists used infrared and terahertz radiation in an attenuated total reflection (ATR) configuration to investigate the hydrogen-bonding networks in mixtures of glycerol and water, which primarily shed light on the molecular interactions formed in the different solutions. For the THz spectroscopy, Ahmed and his team chose Menlo’s TERA K15 fiber-coupled terahertz spectrometer. The samples examined were enclosed between two polythene windows, separated by a 200-micrometer spacer, and the absorption coefficients and refractive indices were determined at radiation frequencies from 0 to 3 THz.

“By comparing the THz measurements with previous spectroscopic studies, we were able to define the nature of the diverse hydrogen-bonding networks that we had observed by means of photoelectron spectroscopy,” says Dr. Hashini Weeraratna, a member of Ahmed’s group. In fact, this multimodal approach provided the scientists with an extremely detailed picture of the hydrogen-bonding interactions in aqueous glycerol-water mixtures.

The experiments were carried out on aerosols made up of varying concentrations of glycerol and water. “We found that the dispositions of hydrogen bonds formed between the two molecules depend on the relative concentrations of the two constituents,” Weeraratna explains (see Figure). Specifically, the study demonstrated that different mixtures lead to the formation of heterogeneous networks of hydrogen bonding, which however form an interconnected continuum. At low concentrations, each glycerol molecule is fully surrounded by water, thus forming a ‘solvated’ water network. Further addition of glycerol results in the formation of a ‘confined’ water network, in which glycerol ‘traps’ water. At still higher concentrations, the two components behave as they would in the bulk phase, i.e. as if they were essentially immiscible.

With the aid of these new insights into the microscopic structure of hydrogen-bonding networks in glycerol-water mixtures, the team hopes to obtain a better understanding of the dynamics of evaporation, diffusion and reactivity of aqueous aerosols. “Since we now have a good understanding of the hydrogen bonding networks in glycerol-water mixtures, we can in future investigations study how these networks react when we add a third component – such as a salt – to the system,” says Musahid Ahmed. In a further leading study, the methods have been extended to probe phase changes in a polyol based plastic crystal and changes incorporated upon introduction of a salt to the hydrogen bond network.