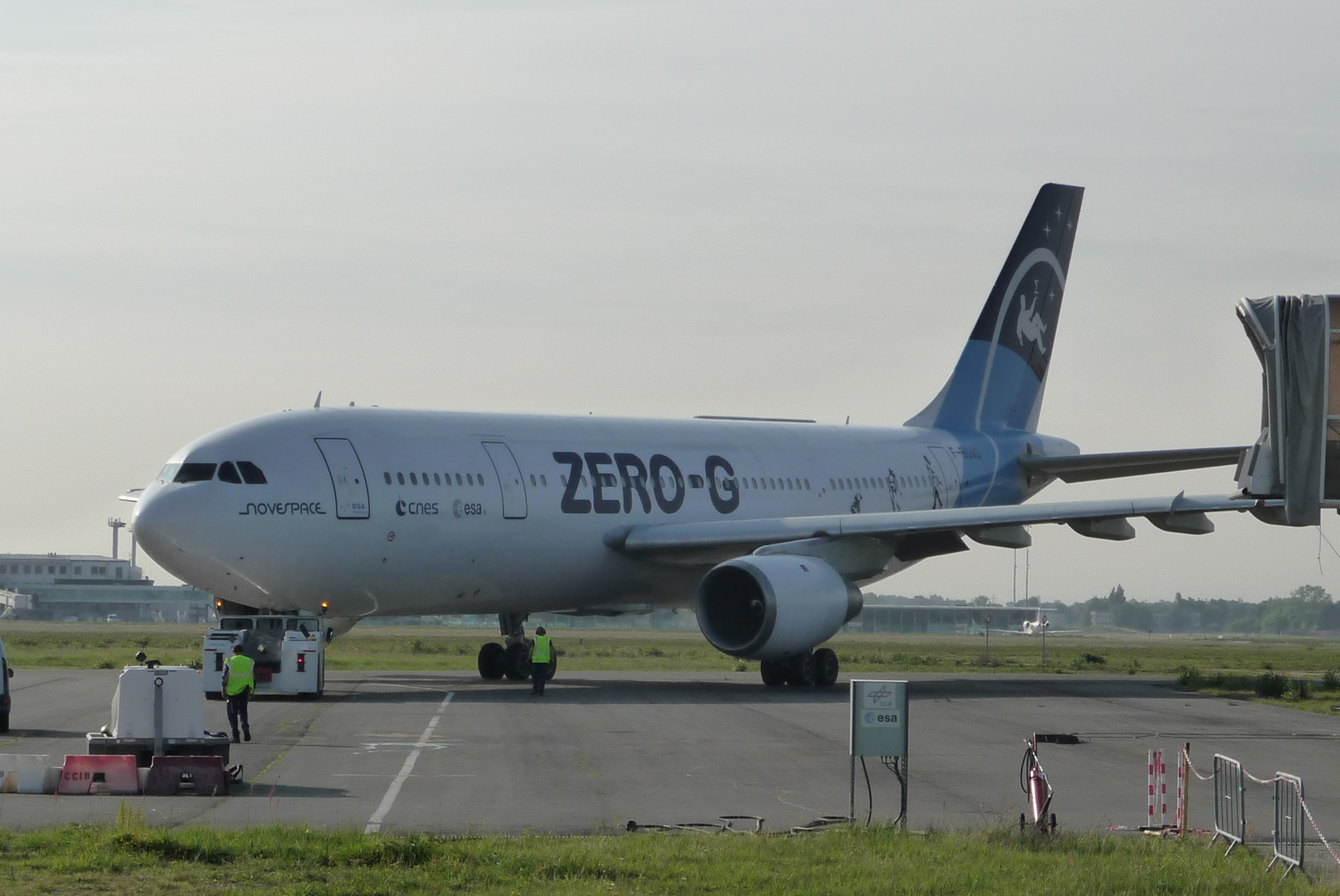 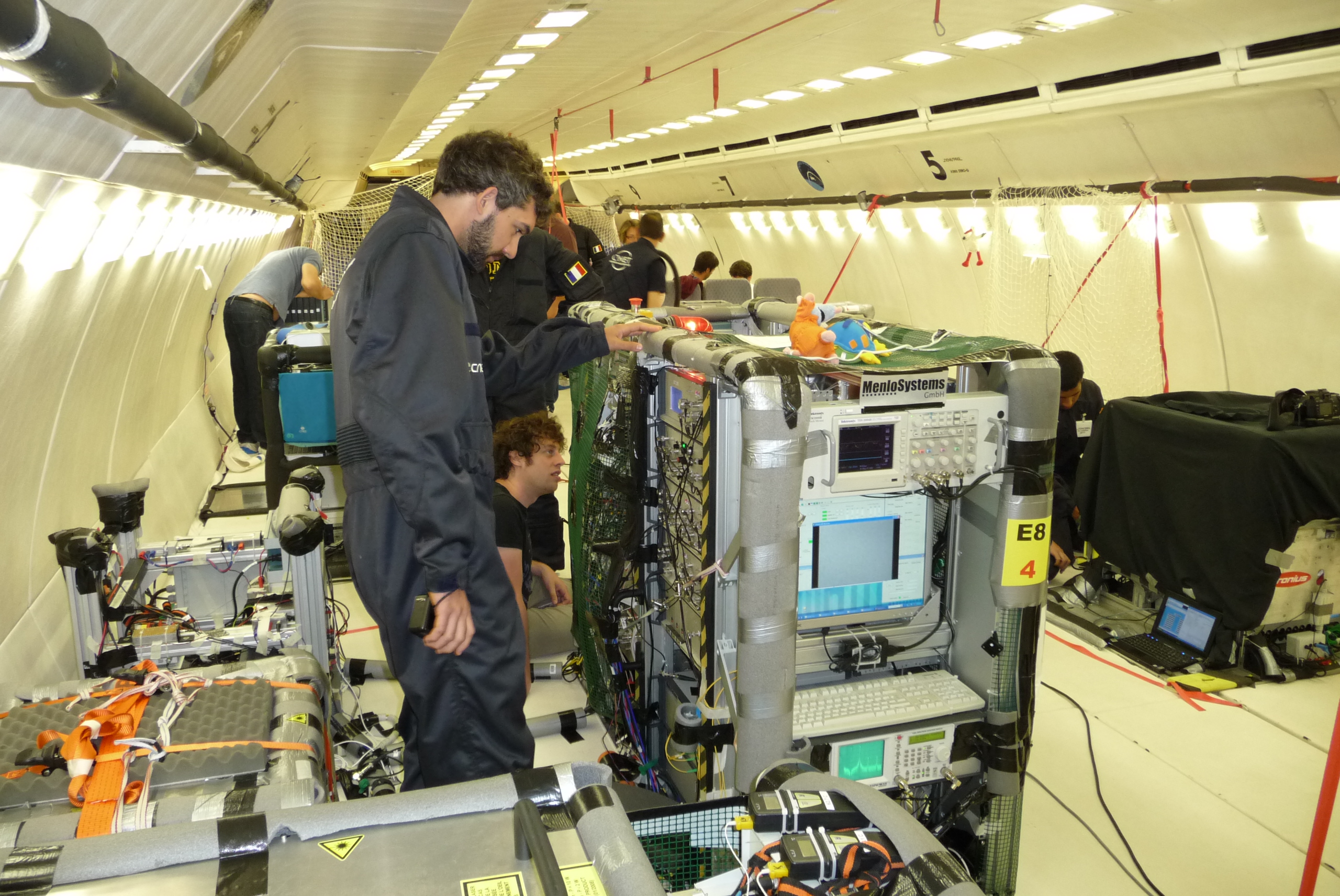 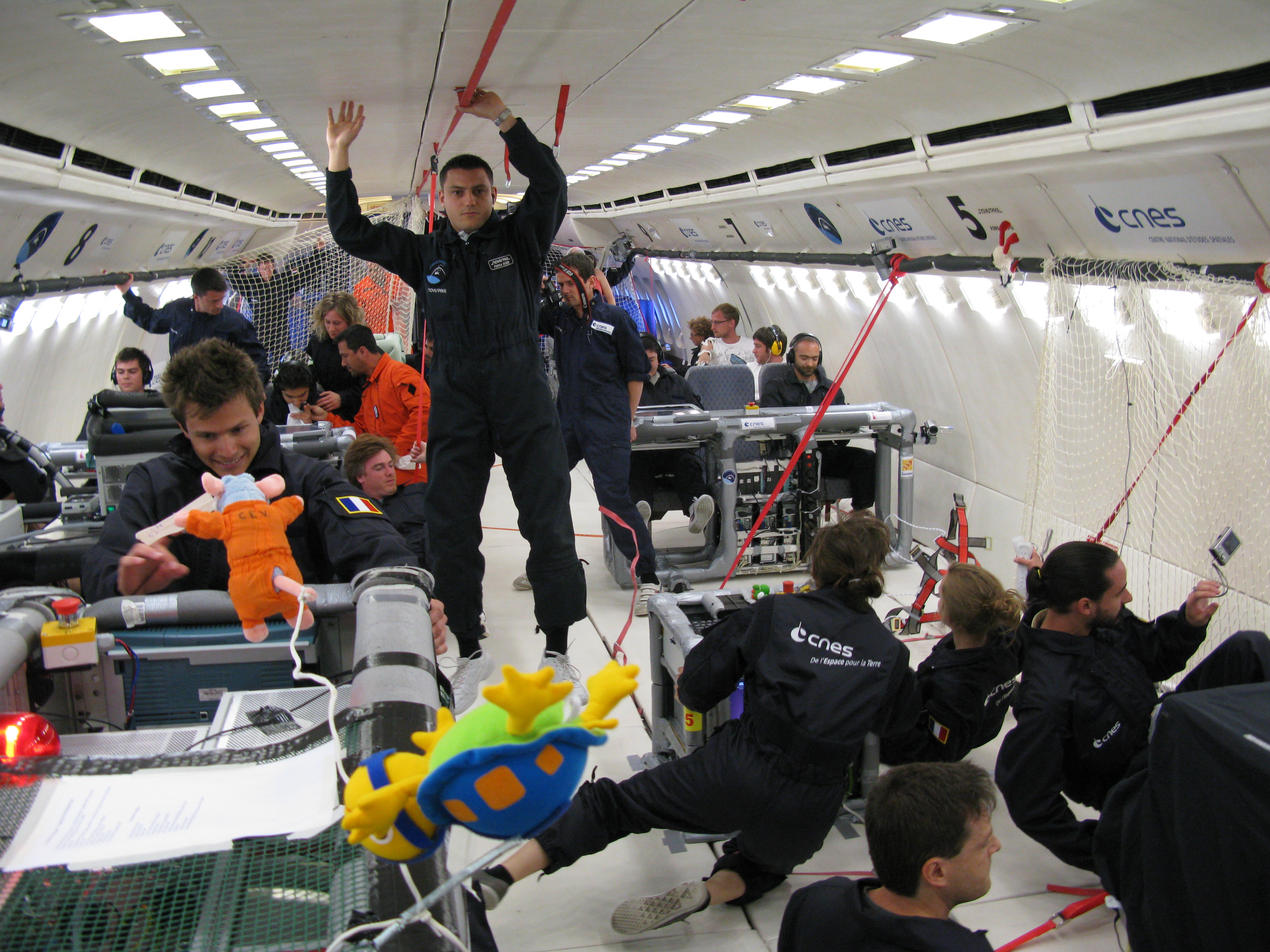 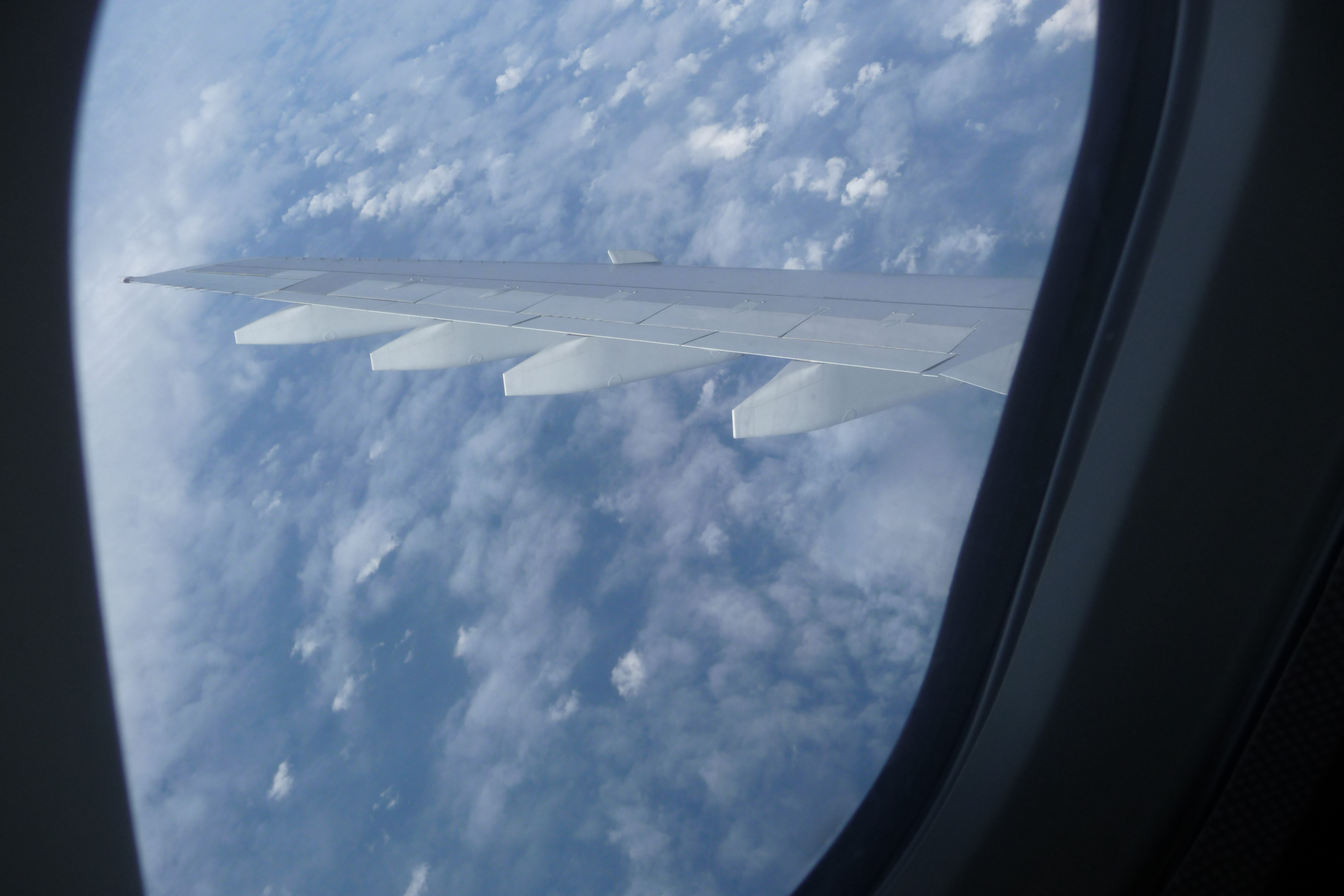 Impressions of the experimental setup mounted in the Airbus before takeoff:

Clouds through the window of the Airbus: