We did it again: Advanced optical clock in space

On Sunday, May 13th 2018, we have launched our next generation optical clock into space. The payload consisted of two separate units, a fully automated dual comb system (FOKUS II) and an Iodine stabilized laser (JOKARUS), together forming an optical clock.

Iodine based optical clocks can achieve much better precision than previously used Rubidium gas cells. Rubidium clocks are used for GNSS systems like GPS and GALILEO.

With further improvement under way we aim to outperform the space grade H maser developed for GALILEO. On its 10 minute journey carried by a sounding rocket the scientific payload has reached an altitude of 238 km and experienced 6 minutes of microgravity. The payload with the comb sustained vibrations up to 9 g rms, shocks of up to 21 g and constant accelerations up to 12 g. Under these conditions, the fully automated comb system has successfully performed its mission – and compared the Iodine optical reference with a standard radio frequency atomic clock. The device remained operational over the full flight. 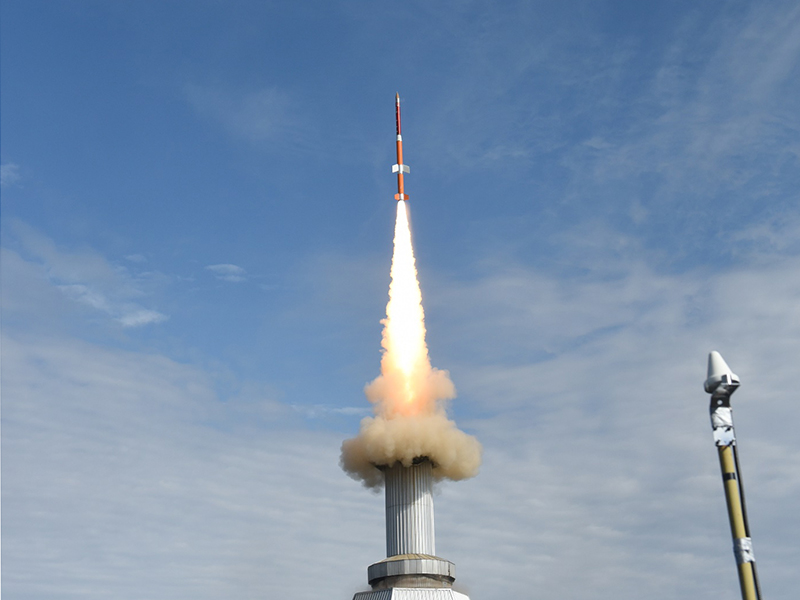 This is the third time that an optical clock of Menlo Systems has visited space, after previous flights in April 2015 and January 2016. Compared to the previous missions, the system has been reengineered for largely reduced size and power intake. Although much more compact, the system consists now of two independent comb units, offering experimental flexibility and redundancy. Laser optics were redesigned from scratch and were built with low outgassing materials. Furthermore, the system has been qualified for operation under vacuum. Despite its small size and low power intake, the performance of the combs is comparable to latest commercial systems of Menlo Systems.

The optical reference, internally called JOKARUS, has been developed as a separate module in close collaboration between the Humboldt University and the Ferdinand-Braun Institute in Berlin, the University Bremen, and Menlo Systems in Martinsried. The Iodine reference has been characterized with both optical combs at the same time. Because the two combs were operated at slightly different repetition rates, the absolute frequency of the Iodine reference can be unambiguously dedetermined. The experiment represents the first dual comb measurement and comparison of two fundamentally different atomic and molecular references in space and under microgravity.

Ready for the future

Future compact and reliable dual combs systems in space can be game changers for precision spectroscopy, spectrometer calibration, sub-micrometer ranging, calibration of LIDAR lasers, and microwave generation in next generation satellite missions. We conclude that future space optical combs are well within reach, supporting space optical clocks with a stability approaching 10-19 in 1000 s. Again, Menlo Systems has demonstrated the high technology readiness of their space frequency comb systems regarding robustness, automatization, form factor, and low power intake. Based on the positive results of such experiments, a long-term in-orbit verification of such devices is envisioned in the near future, it is also possible to develop an intuition for the functioning of quantum physics. Ultimately, the guideline in our considerations of quantum phenomena is clear mathematical language, which has its own type of intuition. 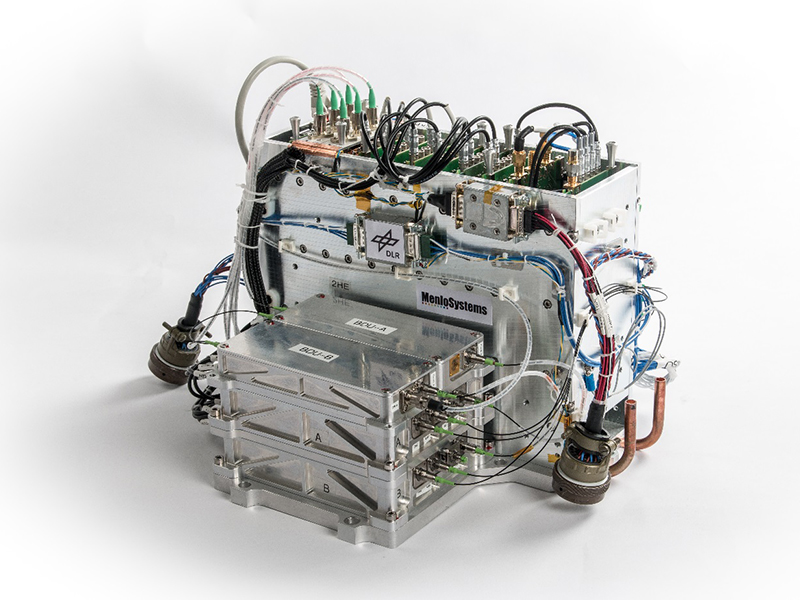 We thank our project partners from Humboldt University Berlin, the Ferdinand-Braun-Institute Berlin, and the University Bremen, as well as the TEXUS teams from DLR-MORABA, Airbus Defense and Space GmbH and OHB Systems AG altogether for this joint effort and the exciting flight. The FOKUS II and the JOKARUS projects are commissioned by the DLR with funds from the Federal Ministry of Economics and Technology (BMWi) according to a decision of the German Federal Parliament.

Watch the video of the flight: