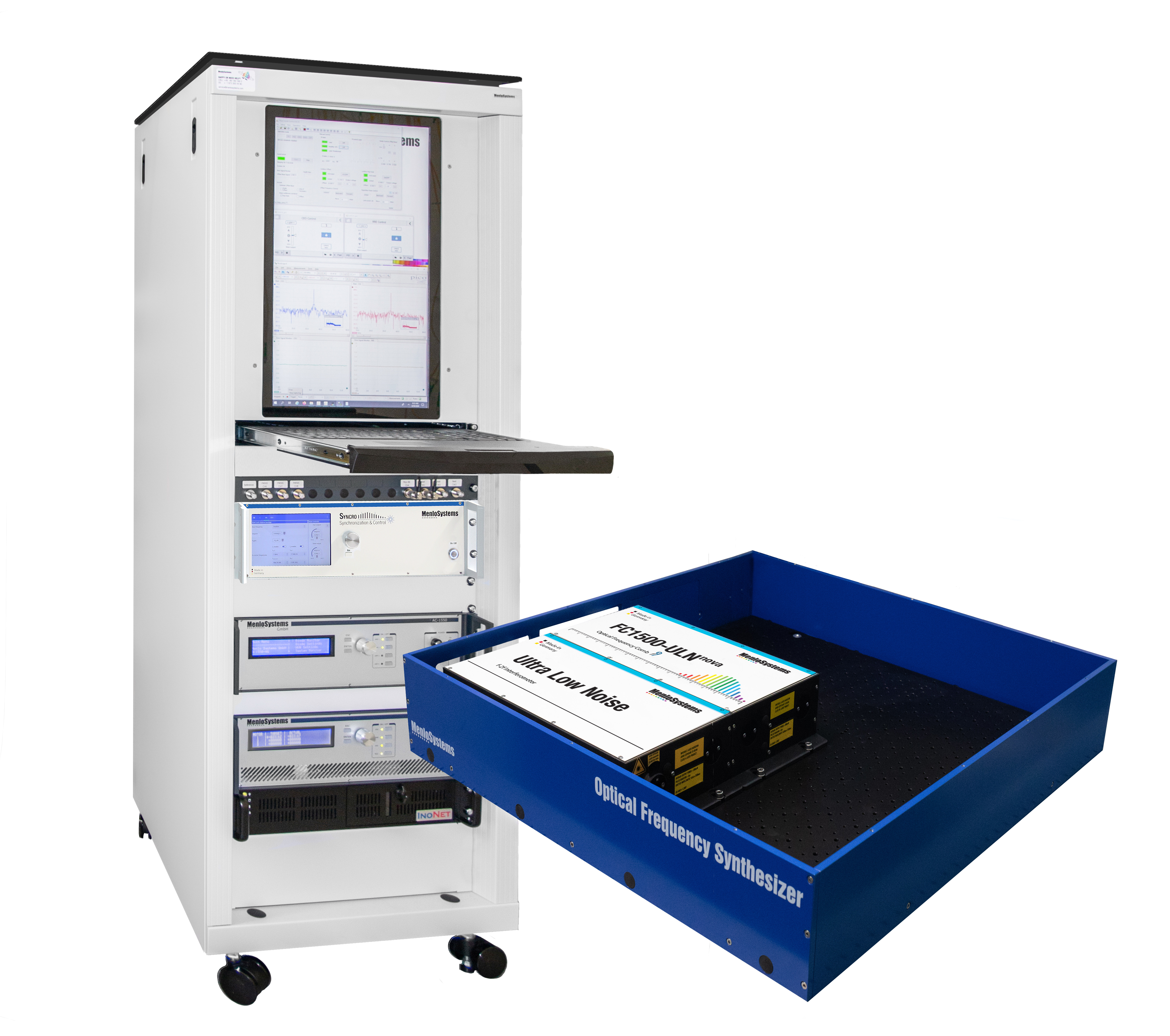 Semiconductors have transformed the modern world. The storage, processing and transmission of data as we know it would be inconceivable without the transistor and the laser diode. Now, a new era in semiconductor technology is on the horizon. It will exploit phenomena in the domain of quantum mechanics, which have the potential to raise the performance of semiconductors to a new level. Components that exploit quantum effects are therefore likely to be at the heart of data processing in the not-too-distant future. Among those who are engaged in realizing this goal are researchers in the Physics Laboratory at the École Normale Supérieure in Paris. Their focus lies on the fabrication of quantum-based semiconductors that operate in the mid-infrared range of the spectrum, which could provide novel optoelectronic functionalities with applications in areas such as ultrafast data storage and transmission. These efforts are supported by the frequency comb technology provided by Menlo Systems, whose FC1500-ULN instrument enables the group to characterize the frequency response of their devices.

Modern electronics is based principally on semiconductors. Although these components first emerged around the middle of the 20th century, their range of potential uses is by no means exhausted. The greatest challenge currently faced by the semiconductor industry is to increase the rate, efficiency and fidelity of data transmission, while keeping energy costs low. The exploitation of quantum effects seems set to play an important role in meeting these goals.

Scientists around Prof. Dr. Carlo Sirtori in the Physics Laboratory at the École Normale Supérieure (ENS) in Paris are part of this endeavor. Working in an area known as ‘unipolar quantum opto-electronics’ (UQO), they are developing novel semiconductor components that operate at room temperature in the mid-infrared domain (which encompasses wavelengths of between 4 and 16 micrometers) with bandwidths on the order of a few tens of GHz. The term ‘unipolar’ refers to the fact that these elements make use of electrons only. This contrasts with bipolar components, in which both electrons and their opposite numbers ‘holes’ come into play. In unipolar elements, optical transitions occur exclusively in the conduction band between electronic states generated by quantum confinement. Thus, there are no holes in the valence band and optical recombination between electrons and holes over the bandgap is ruled out. These are the components that are of specific interest to the physicists in Paris.

Figure 1: Schematics of the Stark modulator in operation

Different unipolar semiconductor elements can be combined in various ways, and this flexibility enables them to perform complex functions in quantum optoelectronics. In the mid-infrared region, this approach is of interest because it permits fundamental questions in physics to be addressed. “First of all, the development of UQO-based tools offers unique experimental configurations for quantum measurements, such as the investigation of non-classical state emission in quantum cascade lasers,” says Djamal Gacemi, research engineer (PhD) at the ENS group. – Quantum cascade lasers are semiconductor-based devices that emit in the mid- and far-infrared range. 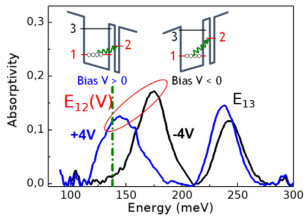 “We draw on the fundamental laws of quantum mechanics in order to create configurations of electronic potentials that implement optoelectronic functions in the context of ultrafast detectors and modulators,” Gacemi explains. In particular, he and his colleagues are working on unipolar quantum semiconductor devices that extend the range of applications of optoelectronics and quantum optics in the mid-infrared and terahertz regions. The team has now demonstrated an UQO system which exploits the 8- to 14-micrometer window for reliable data transmission in free space. The system consists of a continuous-wave quantum cascade laser, an external modulator based on a linear Stark effect (Fig. 1), and a quantum-cascade (QC) detector. Notably, instead of modulating the laser intensity directly via the injected current, the researchers imprint information on the carrier intensity by varying the transmission properties of the external modulator through an applied bias voltage (Fig. 2). The underlying unipolar design provides for a wide frequency bandwidth (~ 20 GHz) and very low power consumption. “Our new system represents an important advance, because it enhances the rate and fidelity of data transmission in free space in the mid-infrared range,” says Gacemi. “The system components involved can be tailored for different operation wavelengths by tuning several parameters, in particular by varying the thickness of the layers from which the semiconductors are composed,” he adds.

The FC1500-ULN technology made available by Menlo Systems plays an important role in characterizing the frequency response of these components. “In particular, the ability of the infrared frequency comb to convert the optical spectrum with high precision into the high-frequency region enables us to reconstruct the temporal dynamics of the quantum cascade laser combs,” Gacemi explains.

The advances described by the group in Paris clearly demonstrate that it is possible to increase the bit-rate of data transmission in free space. The new findings therefore suggest that unipolar quantum elements represent a viable and efficient platform for the development of opto-electronic systems that operate at very high frequencies in the mid-infrared region, and are suitable for a number of applications, such as digital communication and high-resolution spectroscopy.