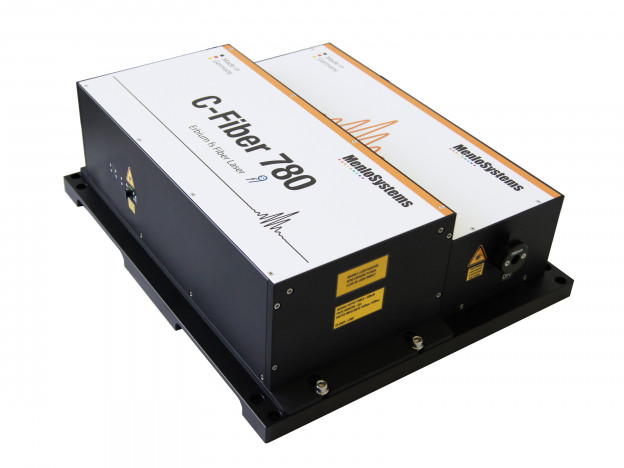 Biophysicists led by Dr. Lóránd Kelemen in the Institute of Biophysics at the Biological Research Centre in Szeged (Hungary) have developed a minuscule immobilization device that allows them to orient single cells along any of the three spatial axes on the stage of a fluorescence microscope, thus enabling them to image cells in unprecedented detail. Menlo Systems supplied the laser technology for the fabrication of the microtools.

High-resolution imaging and observation of cells is technically extremely demanding. The resolution of the cell’s three dimensional image along the optical axis is significantly poorer than that attainable in the transverse direction. A straightforward way to get around this problem is to rotate the cell, photograph it from different perspectives, and then combine these views computationally. A team led by the Hungarian biophysicist Dr. Lóránd Kelemen at the Institute of Biophysics in the Biological Research Centre in Szeged has now described a new approach to multi-perspective imaging. In this case, the researchers use custom designed microtools to manipulate the position of cells. Made from photopolymerized materials, the structures in turn can be manipulated with the aid of holographic optical tweezers. Moreover, by effectively decoupling the cell from the light beams used to manipulate it, the method gives researchers complete control over the cell’s orientation without damaging it. This greatly simplifies fluorescence microscopy of cells with highest resolution. The laser-based fabrication of these versatile tools was made possible in part by technology developed by Menlo Systems. 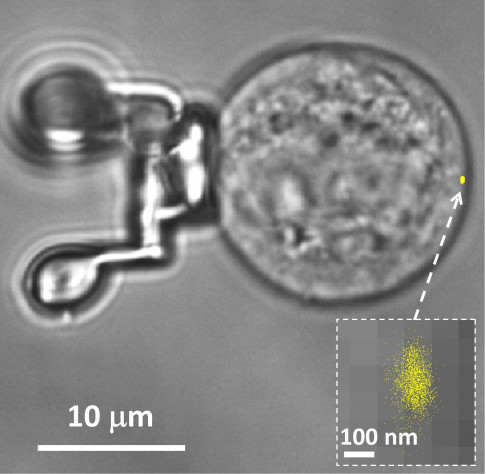 Assembling a detailed, three-dimensional picture of a cell from images taken from various angles imposes especially severe demands on the optical set-up used to alter the cell’s orientation under the microscope. Dr. Lóránd Kelemen’s research group in the Biophysics Institute at the Biological Research Centre in Szeged (Hungary) has now developed a method that makes multi-perspective imaging of cells a lot easier and yields isotropic resolution.

Direct optical manipulation of cells has several disadvantages, largely due to their inherent optical inhomogeneity. So Kelemen and colleagues use an indirect approach based on the use of a microtool that they designed themselves and fabricated with the aid of two-photon polymerization (TPP). TPP allows one to shape three-dimensional components with nanoscale precision. This is done by using a laser beam to polymerize a monomeric material (here, the photoresist SU-8 2007) at defined locations with nanometer precision. The three-dimensional structures were fabricated with the aid of an ultrashort-pulse laser (the C-Fiber 780, wavelength 780 nm, pulse duration <100 fs, repetition rate 100 MHz) manufactured by Menlo Systems.

“Our microtools are not just simple spheres that bind to the cell and serve as handles that allow it to be manipulated using optical forces. They are complex, tailor-made polymer components that are designed for more versatile functions,” says Dr. Lorand Kelemen, who supervised the experiments.

In fact, the structures are made up of two elements that have different functions. One is a concave platform, which serves as a sort of suction cup to which the cell binds. The platform itself is supported by three slender legs, each of which terminates in a spherical ‘foot’. These feet, each about 5 microns in diameter, serve as trapping points for the holographic optical tweezers, which in turn enable the cell in the dish to be rotated at will under the microscope. When the manipulator has been captured in the optical trap, the cell that is attached to the platform can be manipulated with six degrees of freedom, along three translational and three rotational axes. This makes multi-perspective fluorescence imaging much easier to achieve.

The microtools have a number of advantages over alternative approaches. Cells directly trapped by optical tweezers are easily damaged by the laser beams. In addition, the optical inhomogeneity of cells makes it difficult to control their positions. Use of the microtool solves both problems. The spherical feet of the device are insensitive to light, and the points targeted by the tightly focused laser beams are located exactly at the midpoint of the spherical feet – which maximizes the trapping force, and thus stabilizes the position of the attached cell.

The new manipulators open up new opportunities for the study of single cells. “The images obtained with this rotation technique can be combined to produce three-dimensional views with a resolution which approaches the maximal diffraction limit for laterally extended structures,” Kelemen explains. “We have demonstrated that our method allows us to generate precise and highly detailed images of cells, and 3D depictions of single cells could also be assembled more rapidly in the future,” he adds.