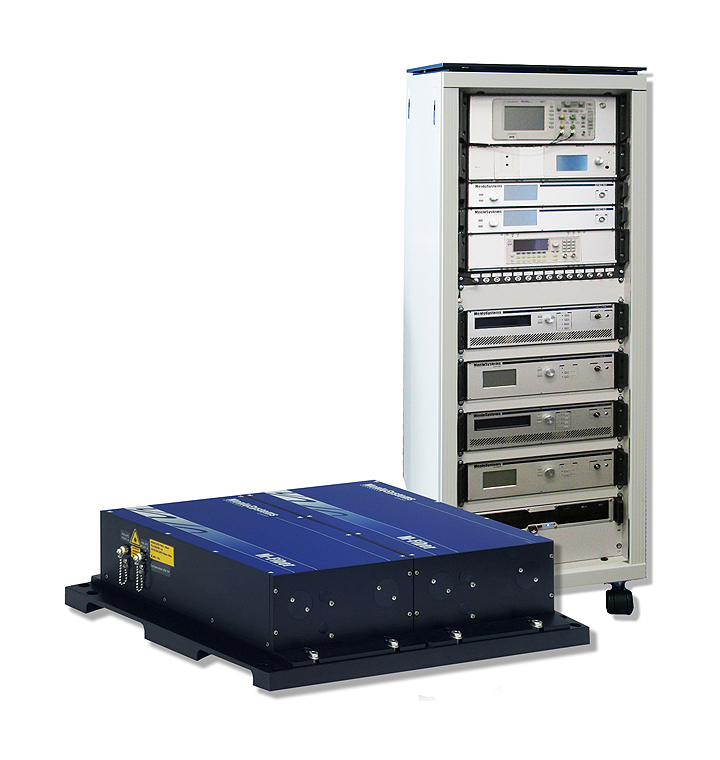 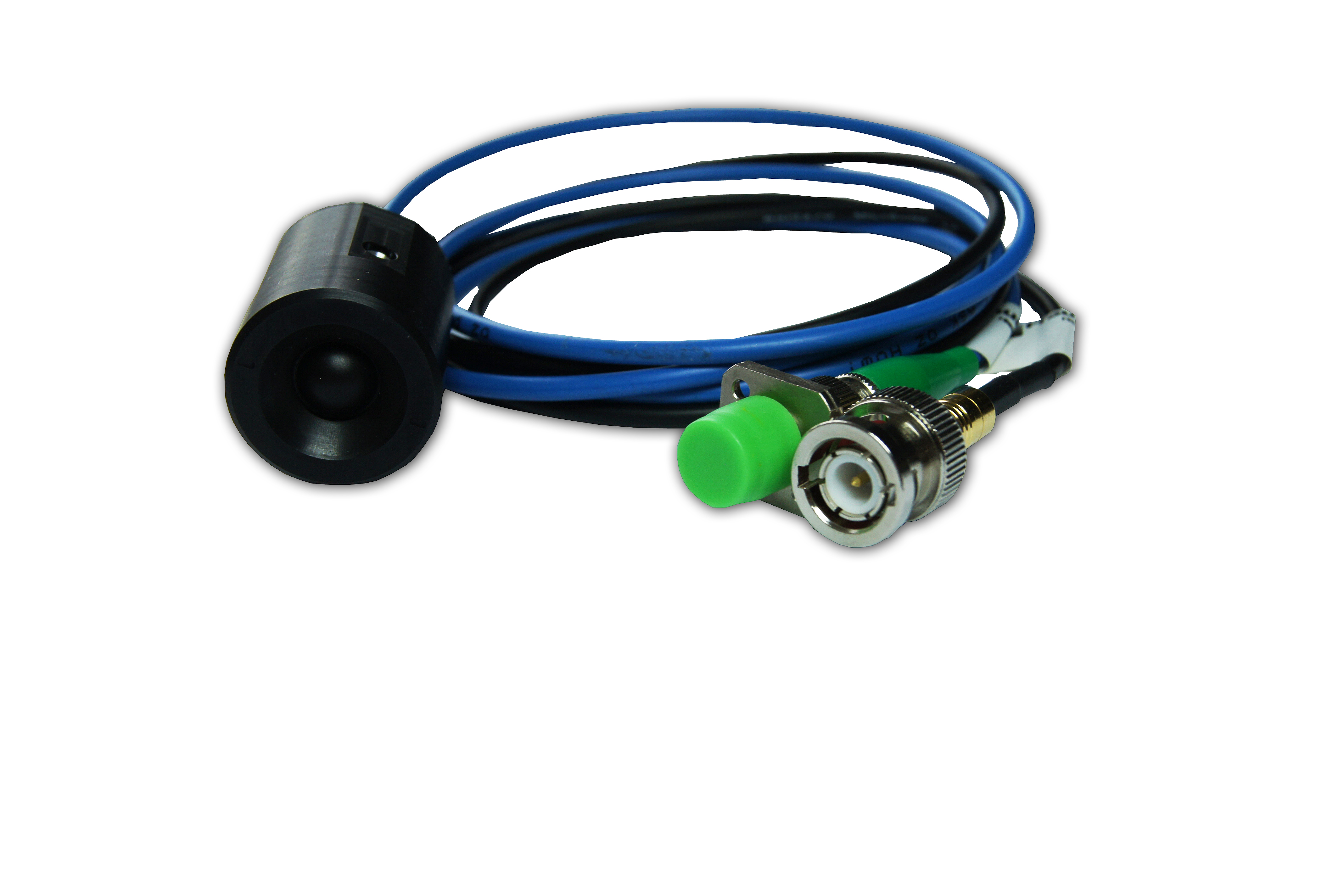 Dual THz comb generation using a single free-running fiber laser reduces size, complexity, and costs of the experimental system. Compared to a dual stabilized laser solution, the high performance of such a simplified system is not compromised.

A team of Japanese and Chinese researchers has developed a system for dual THz comb spectroscopy (THz-DCS) based on a single free-running fiber laser instead of two stabilized lasers. Despite its reduced complexity, the system’s performance in terms of high spectral resolution, high spectral accuracy, and broad spectral coverage is comparable to the dual laser solution from Menlo Systems serving as a reference system. The laser emits dual wavelength comb light at slightly different repetition frequency with only milihertz difference fluctuations, owing to the common path cavity. A Lyot filter tunes the cavity gain profile for dual mode operation, the cavity length and dispersion are optimized for the comb transfer into the THz spectral range. The group demonstrated the high performance of the system on high-precision spectroscopy of acetonitrile gas at atmospheric pressure, presenting an attractive solution for in-field applications.

THz frequency combs have evolved from the status of a precise frequency measurement tool for THz sources to broad applications such as dual THz comb spectroscopy (THz-DCS). Here, the frequency downscale allows linearly magnifying the time scale of a THz pulse train into the RF range, where spectroscopic signals with up to a kHz linewidth can be measured directly using electronical apparatus. Existing dual frequency comb systems, however, typically use stabilized femtosecond lasers for highest performance, or the frequency spacing or bandwidth are limiting the applicability when using alternative, less complex solutions. 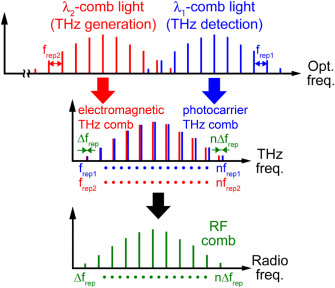 A novel technique proposed by a group a Japanese and Chinese scientists, for the first time unifies system versatility with highest performance. Replacing the dual stabilized lasers with a single free-running dual-comb erbium doped fiber laser, they significantly reduce the overall size, complexity of implementation, as well as purchase and operation costs of the system. Using an intra-cavity Lyot filter they separate two peaks in the erbium gain profile such that two independent mode-locked states oscillate in different wavelength regions inside one single laser cavity. This results in dual comb light with slightly different repetition frequency due to the wavelength dispersion of the cavity fiber. Since the two laser modes share a common cavity path, they suffer from the same fluctuations in their frequency spacing. Therefore, the difference in repetition frequency Δfrep fluctuates only on the milihertz scale and is drift-free, even without active stabilization. For THz-DCS, the spatially overlapping dual laser comb light is separated, amplified, and combined with two photoconductive antennas from Menlo Systems to generate two THz combs with different frequency spacing. The result is an RF comb with Δfrep mode spacing, carefully tuned to a few hundred Hz by precise adjustment of the cavity dispersion and length. The group compared the performance characteristics of the simplified THz-DCS system with a reference dual-laser solution (ASOPS TWIN 250 from Menlo Systems) and shows that spectral bandwidth and dynamic range of spectral power are comparable for both systems.

To demonstrate the applicability and high precision of the novel THz-DCS method, the group applied the RF comb to spectroscopy of acetonitrile (CH3CN) gas at atmospheric pressure. The molecule is spectroscopically exploited in astronomy, in the analysis of fire accidents and as an atmospheric pollutant, or as a biomarker in health monitoring. A series of rotational transitions leads to characteristic fingerprints with GHz structure in the THz region. Due to pressure broadening the manifolds of rotational transitions were overlapping in the measured spectra but similar to literature values. Notably, the spectral resolution of the system was not a limiting factor. Although the conversion from the THz to the RF region is slightly instable mainly due to the residual fluctuations of the repetition frequency Δfrep, the spectral accuracy of the system is limited but sufficient for most applications at atmospheric pressure. Thus, the group confirmed the effectiveness of their proposed THz-DCS system for THz gas spectroscopy at atmospheric pressure, and the system is promising to be a powerful tool for many other applications also carried out in the field.